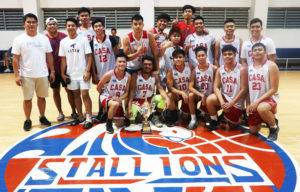 A team composed of recent basketball varsity players prevailed over the defending champions, Batch 1998 in a nail biting final game held at the CDN Gymnasium, Elementary Campus, Phase 6, San Pedro, Laguna tonight, 15 June 2019. The young players rendered a fast paced 4th quarter and managed to squeeze past the veteran alumni players in the last few minutes of the extension to go 4 points ahead at 80-76. 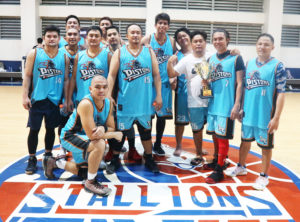 Batch 1998, defending Champions of the sports league settled for 1st runner up after the final game of the CDN Alumni Basketball League won by Team Varsity with a score of 80-76.

Throughout the final game, the defending champions were ahead with the young guns going past them from time to time but the veterans proved too tough as they led most of the 4 quarters. After they tied at 71 all, the vigor of Team Varsity prevailed over the experience of Batch 1998 during the extension as they sunk in successive points in the last minute to overcome their opponents. 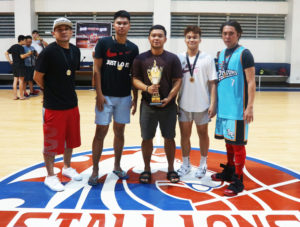 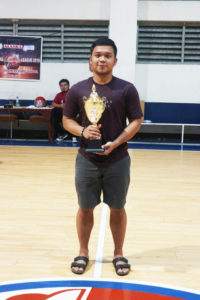 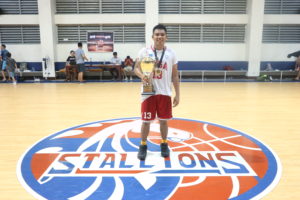 Joben Tamonte of Team Varsity holds aloft a trophy after being proclaimed the Finals MVP of the CDN Alumni Basketball League.

Declared Mythical 5 were Julius Inid (Batch 2015), Ralph Soliman (Batch 2002), Errol Papas (Batch 1998), Jan Jason Malumay (Batch 2004) and Angelo Lopez (Varsity Team). Adrian Dela Cruz of Batch 2012 was the Season MVP while Joben Tamonte was acknowledged as Finals MVP.
Mr. Dennis Cabanban, the Head of the CDN Sports Development Office which organized the whole affair, proclaimed the season league a success. Meanwhile, the alumni players affirmed the affectivity of the event in bringing Casans closer together in a sport that they love. Without the league, there would be no other way for them to get together in a wholesome manner.
The next season will be planned soon as the clamour for another league is strongly felt by the CDN administration. The CDN officers support the sports endeavour which is in keeping with the mission of the school to foster active alumni participation in the activities of the institution.