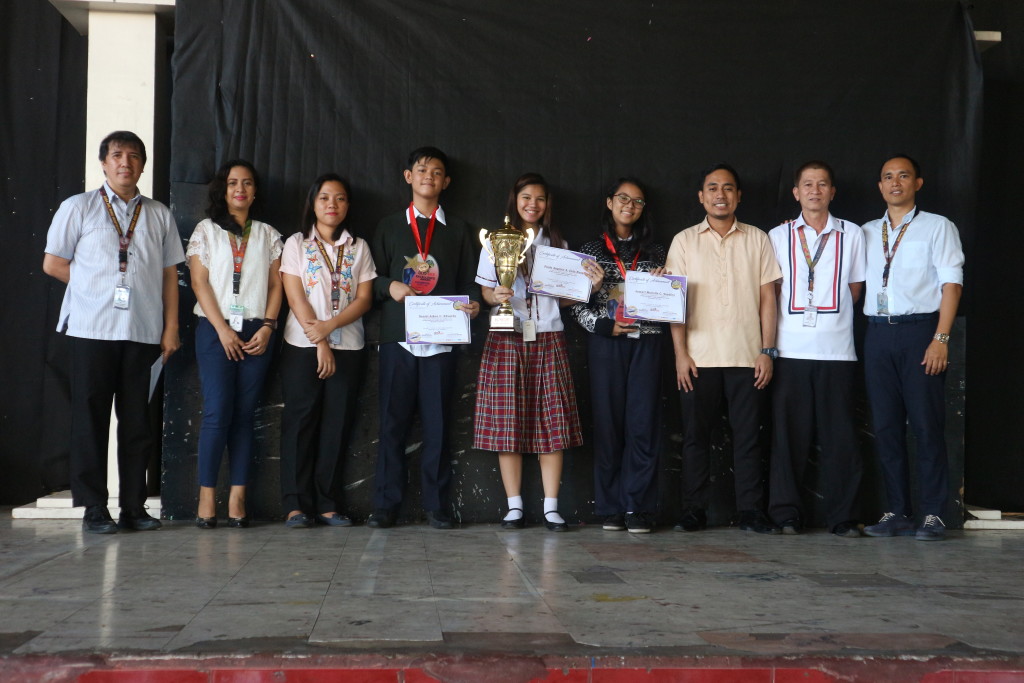 After hurdling an elimination round involving thousands of students of more than a hundred schools from all over the Philippines, the top ten mathscorers in each grade level in Junior High School moved on to the 6th Future Captains of Industry National Competition Finals of Mathscore held at St. Paul College Island Park, Dasmariñas, Cavite last November 23, 2018. At the end of the national contest, two Casans were pronounced National Champions in their grade levels: Daniel Aiken Eduardo for Grade 7 and Jomari Marielle Sandico for Grade 8.

Vice President for Academics Dr. Mark Acierto hailed the students and coaches for bringing honors to the school during a program held to celebrate their victory in front of a general assembly of Casans last Monday, 26 November 2018.