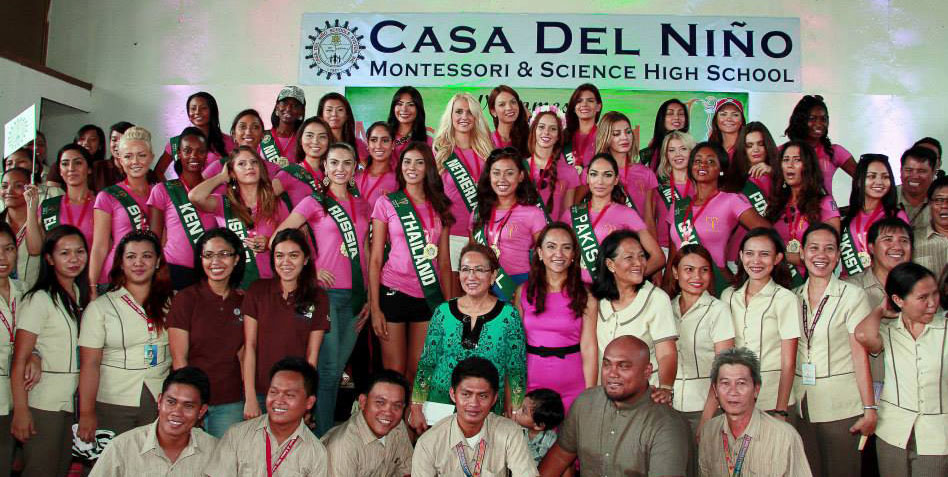 As soon as they disembarked from the bus, they were met by preschoolers at the gate who escorted them to the CDN Arena where hundreds of Casans met them with enthusiastic applause.  A very short welcome ceremony including a song from Malebox was followed by a flawless speech from Preschooler Anya Perfecto whose warmhearted welcome address was well received by the candidates who gave her a standing ovation and hugs after she descended the stage.

The candidates then gave the audience a photo opportunity at the arena after which they helped in feeding snacks to their escorts at the school canteen where more picture taking occurred.  After the refreshments, the beautiful ladies had to say goodbye as they boarded the bus en route to another destination. 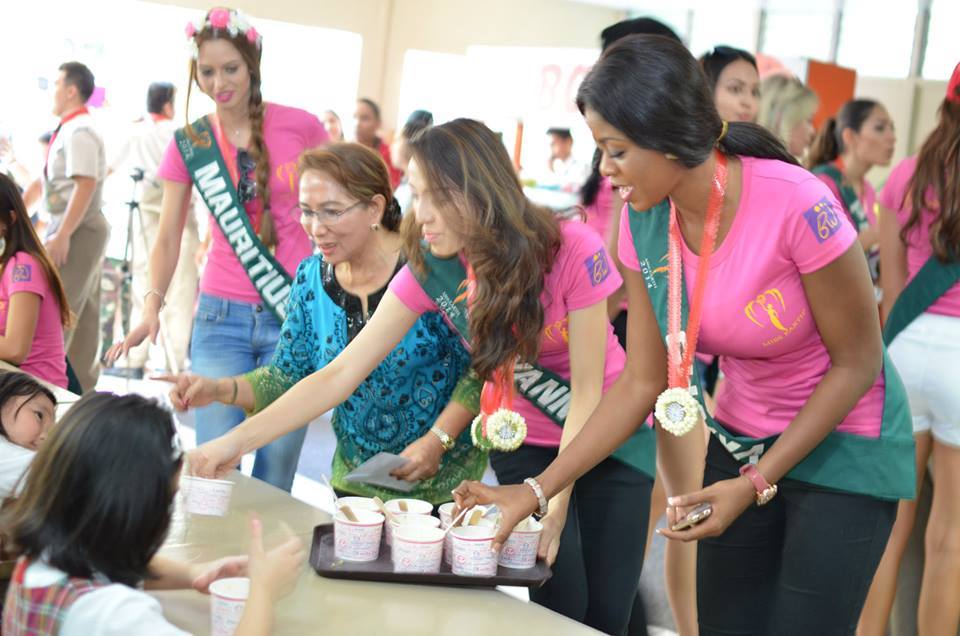 It was evident that the ladies fell in love with their escorts and the Casans in general as they were reluctant to leave them behind.

The officials of CDNSSI are proud of the fact that of all the schools in the community, Carousel Productions, organizer of Ms. Earth, chose to bring the candidates only to Casa del Niño Montessori & Science High School.