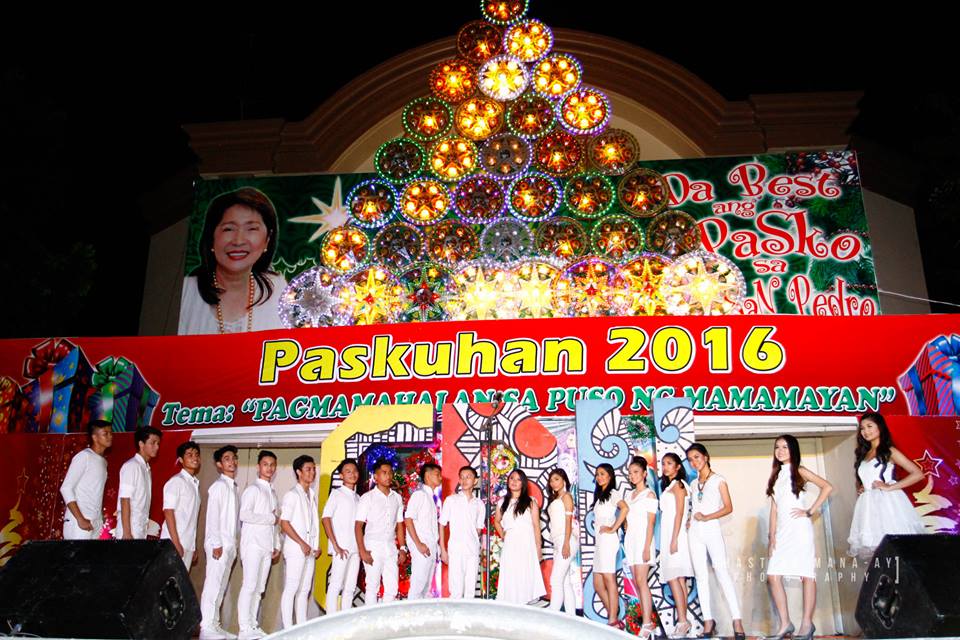 The 18 candidates of Mr. & Ms. Science 2017 were launched during the Paskuhan ng San Pedro last Wednesday, 14 December 2017 at the San Pedro Town Plaza.
10 boys and 8 girls paraded in front of the crowd as they introduced themselves to a huge crowd who came to watch the performances prepared for Gabi ng Casa del Nino as the school’s contribution to the Christmas project of the City of San Pedro, a yearly event that has been going on for many years now.
The Mr. & Ms. Science Pageant will have its coronation night on the 28th of January 2017 as the culminating activity of CDNSSI’s 36th Foundation Celebration.