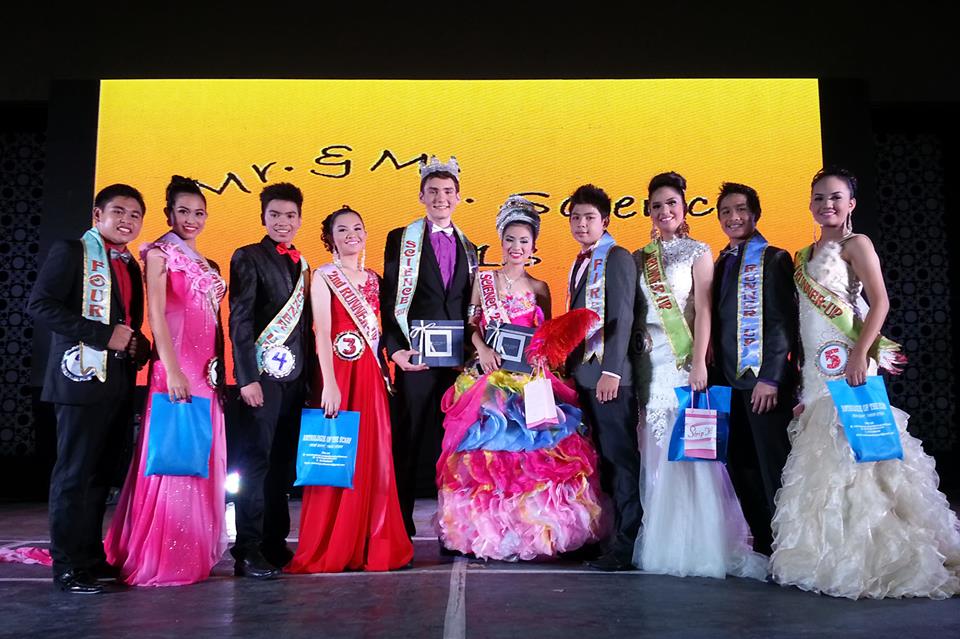 After several postponements, the search for Mr. & Ms. Science 2013 finally culminated last Monday, October 14, at the CDN Arena in what the avid critiques say was the most high-tech pageant in our school’s history ever.

Center of the audience’s attention was the huge LED video wall that made the event more colorful and awe-inspiring thanks to Ms. Joanne dela Cruz who sponsored the high-tech VideoSonic equipment .  Special thanks to the able VideoSonic staff who worked from very early in the morning until everyone was gone that evening.

Other sponsors were Jay Carlo Olaguer who was the official photographer of the event,  My Coolection Shoppe for the Netizens’ Choice winners, Pevonia Botanica who gave gift packs for the winners care of Ms. Marie Elaine Palapag and Anthologie of the Scarf care of Ms. Logie Tonacao who provided scarves for the candidates.