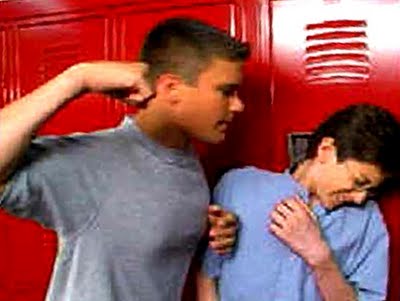 MANILA, Philippines – BULLYING has been a problem in most schools for sometime now. But it was only recently, after realizing that the growing number of children who drop out or experience physical and emotional harm is attributed to bullying, did we take appropriate action. The Anti-bullying Act of 2012  passed by the House of Representatives addresses the problem  and provides vital information on how bullying can be prevented. While it is found in the early grades, it usually peaks in the later grades and the first years of high school. The Act defines bullying as the “use of written, verbal, or electronic expression or a physical act or gesture or any combination of these by one or more students directed at another student. It has the effect of placing the student in fear of physical or emotional harm.”

A study by Plan International and UNICEF (2008) had shown that 4 of 10 children in Grades 1 to 3, or 7 out of 10 in Grades 4 to 6 and high school were victims of bullying.  Name calling, teasing, physical and verbal threat, shunning, malicious gossip, withdrawal of friendship are the more frequent acts used  by bullies. Boys more often than girls are the bullies or the victims and they derive great satisfaction from inflicting pain on others. Among girls, bullying is more relational and is done through the spread of rumors or social exclusion. But the more serious repercussions are suicide or permanent psychological damage in that after dropping out, the child often refuses to return to school. A 2010 study showed that at least 160,000 children missed school out of fear of being bullied.

Cyber-bullying (over Internet, use of cell phones and other information technologies) has become more rampant. It is reported that about 2.7 million students have been bullied each year by about 2.1 million bullies on cyberspace using the popular social networks such as Facebook. The availability of new technologies, anonymity in cyberspace which works in favor of the abuser who does it with impunity, and the opportunities for sexual abuse and exploitation which the new technologies provide, are seen as factors contributing to the rise of cybercrime. Just recently, Senate Bill 2796, the Anti-Cyberspace bill,  was approved with a few dissenters who invoked the principle of prior restraint against freedom of expression – that morality must not be legislated.

Large classes and poor classroom management that cause discomfort and restlessness had likewise exacerbated  bullying behavior. Bullies are known to have problems at home, such as absentee parents and poor study habits. The bullied are often those coming from social, economic, or background that differs from that of the majority. Lack of confidence and self-worth make them unable to fight back.

Bullying is a system, according to child psychologist Dr. Honey Carandang. This means that we must understand the role of the third component, the “bystander.” In our normal cultural context, the bystander is a passive “usisero” who merely watches. If bullying must be successfully stopped, the bystander should be a concerned and active citizen. The teacher, a member of civil society, government are normally the bystanders in this system. Where there is abuse of power, such as in the example of the Ampatuan clan which planned  the  massacre, the worst case of electoral violence in Maguindanao, the government or the civil society must actively intervene.

Our present socio-economic and political environment, by perpetuating income and other forms of disparities, and by allowing impunity (or “getting away with murder”) to continue, had unwittingly contributed  to creating a culture of bullying. Outside the school, we describe this as intimidation. We see it every day and everywhere – in the corridors of power – in the Legislature, the Judiciary, and Executive offices where the symbols of power and privilege still exist. Thankfully, the “wang-wang has disappeared from the streets, but we still have the pork barrel and the political dynasties with us. We are still helpless in giving due justice to victims of extra-judicial killings and protection of journalists and other endangered species.. My e-mail is florangel.braid@gmail.com